Yes, that's right folks. Laurell K Hamilton is at it again. While most of her actions have been more subtly inserted into her books, many of you might remember the now infamous "Dear Negative Reader" letter that she sent out years ago (and has since become a trope), when she pretty much said that her writing might not be for everyone and that they should go elsewhere. Now that in itself doesn't sound too bad until you realize that she was saying that her writing might be "too much" for her previous fans and that the should find "books that don’t push you past that comfortable envelope of the mundane. If you want to be comforted, don’t read my books. They aren’t comfortable books." Yep, she pretty much said that her ex-fans were just incapable of seeing the depth in Anita's constant need to feed what is about the equivalent of a magical drug or STD, as some have put it. I've always said that if Hamilton had just apologized for any disappointment and said that this was just where she was going right now, things weren't going to change, and that hopefully they'll stick with her a little longer, then it would've been different. But hey, woulda coulda shoulda.

This actually wouldn't be so bad except that over the years there's been little barbs here and there thrown into her book, where anyone who doesn't drink the Anita/Merry Kool-Aid have been depicted extremely negatively or are summarily dismissed as "jealous" for expressing concern that a formerly active necromancer and marshall has started having sudden and extreme life changes that previously she'd never wanted and has also lessened her participation in things that she would've previously jumped into. But then again, this is all indirect and while it's a little irritating, it's also pretty funny and for the most part, harmless. There hadn't been a blunt and direct comment about the readers since the DNR letter.

Recently Hamilton published Beauty, a deleted scene from her upcoming book Kiss the Dead, in the ebook market. It's about $3 for 33 pages of work, something that many authors would have otherwise published on their websites for free in the hopes of whipping up a frenzy for their next work. Armstrong herself has published entire novellas in the past, and considering that those novellas were later published and sold quite well, it's safe to say that sometimes giving a little free milk now actually can make people buy the cow later. There's been some pretty negative reviews for the excerpt, many of which express frustration over the pricing for Beauty as well as for what they saw as a rather bland sex scene. I will admit that some of my friends and I enjoy poking fun at the Ed Wood-esque antics of Anita, but overall there's no real spite in it and we'll call ourselves out if we see that we're going extremely over the line with the commentary. There are some things that are out of bounds, after all.

None of this would really be news, as even the more die-hard fans of Hamilton know to expect the typical spate of negative reviews. What made this an "authors behaving badly" moment is that one of Hamilton's twitter followers tweeted the following to her:


"Im gonna take a stab in the dark & guess the negativity is mainly coming from the involuntarily celibate ;) "﻿
Now again, this is not really news. Anyone who has ever expressed a negative opinion of the novels has probably been hit up with the old "you're probably just not getting any". Heck, people who have expressed negative opinions over anything with sex in it has probably heard this thrown at them at some point in time. It's an old, old attack that is met more with eye-rolling and sighing than any real indignation. Even the fans usually give a snort when they read someone posting this, as it rarely does any true damage to us haterade drinkers.
The only difference in this scenario is that as LKH Lashouts has reported, this was retweeted by Hamilton to her 33,0000+ followers and was followed up with this:
"I admit I wonder how much sexual frustration is behind the hateful comments."
Yep. That's right. Hamilton replied by implying that some of the negative reviews out there was due to sexual frustration, further implying that if they were getting laid (or taking things "to hand") then they'd like her book. This, coupled with Hamilton earlier stating that people there some of the negativity was due to people getting jealous because their books weren't selling, had quite an effect on some readers.

Author L.M. Pruitt weighed in on this whole fiasco, pretty much saying what most of us were thinking when we read Hamilton's very public expression of frustration:


YOU DON'T DO IT PUBLIC, YOU FUCKING IDIOT.

Seriously, I can't put it much better or more bluntly than that. Authors are entitled to get angry when they hear that people don't like their work. Even when you churn out two novels a year or more, those books are your "babies" and it hurts to hear people call them ugly. But you don't do your ranting or venting where people can see it. Do it in private where you can call the negative readers every nasty thing that pops into your head while drinking a nice bottle of wine that you bought with the money people paid for your book. Then let it go and again, don't bring it up in public.

I also want to add that Pruitt is no stranger to negative reviews herself, but never has she ever (in my knowledge, anyway) responded negatively to them. She's just thanked them for their time and moved on. That, my friends, is how you respond to negative reviews and how you can still get them to speak well of you even though they didn't get bowled over by your work.

Jennifer Armintrout also commented on Pruitt's blog, stating that "I think you can tell a lot about a person by the way they respond to criticism. That's all I'm going to say."

Seriously Laurell... stop doing this. Stop taking swipes at the general public. As a former die-hard and someone who really wants to like your works again one day, please stop making it hard for me to keep that incredibly small spark of hope alive. I want to believe that one day we'll get sex scenes that aren't "tab a into slot b, repeat" and that we'll get better plot, and I know that deep down you're trying to get there. It's just that for every step forward you seem to be taking, you do something that turns your readers off and alienates the ones on the fences even further.

I've watched your sales grow, but I've also watched them drop as well and I know that you can't continue on with stuff like this. I know that you're a NYT bestseller, but the higher you go the harder you'll hit if you do end up falling and the harder it will be for you to climb back up. Please stop doing this to yourself.
Posted by Book Geek (AKA ChibiNeko) at 3:30 AM 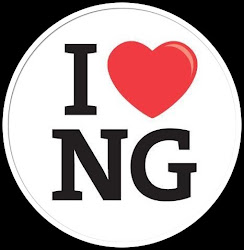